Why is the Healthcare Sector a Target for Cyber Attacks? 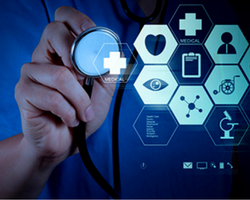 Earlier this year, the NHS in the UK became a victim of cyber crime, when computers at hospitals and GPs surgeries around the country were among tens of thousands hit in almost 100 countries by malware that appeared to be using technology stolen from the National Security Agency in the US. The attack blocked access to any files on a PC until the demanded ransom is paid. This resulted in many hospitals having to cancel or delay treatment for patients.