The Price For Inattention To Driver Safety Is High 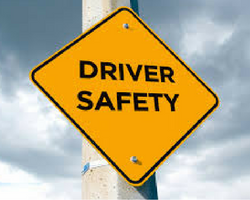 In 2016, a lorry driver was jailed for 10 years in the UK, for killing a woman and three children. His vehicle ploughed into their stationary car while he was scrolling through music on his mobile phone. The victims died instantly on impact; the vehicle hit them at 50mph and they were shunted under another heavy goods vehicle, crushing the car to a third of its size.

On passing sentence, the judge Maura McGowan, said his attention had been so poor that he "might as well have had his eyes closed".

END_OF_DOCUMENT_TOKEN_TO_BE_REPLACED

Vehicle Maintenance - Plan for the Unexpected

All of us depend on technology, some more than others. If you’re a trucking professional — whether an independent operator or a fleet manager — the technology you use every day, including GPS fleet tracking, supports both your life and your livelihood. So you’re well aware that a schedule of preventative maintenance not only keeps everything going, it helps hinder costs and other issues from getting out of hand.

END_OF_DOCUMENT_TOKEN_TO_BE_REPLACED 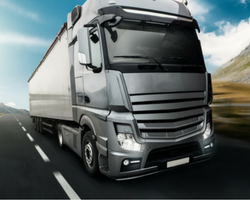 Whether you own a trucking business or run one, there are some alphabetic combinations that are top of mind — for example, ROI, EBIDTA and P/L. You’re on the lookout for ways to make positive cash flow more positive. In that light, adding GPS fleet tracking to your vehicles can be a powerful tool.

END_OF_DOCUMENT_TOKEN_TO_BE_REPLACED

The Connected Car and its impact on Fleet Management

Technology is disrupting the trucking industry in a way we have never seen before. As automakers continue to innovate and define the future of the connected car and autonomous vehicles, the commercial transportation industry is taking note, and fleet managers are adjusting the way they oversee their vehicles and drivers.

END_OF_DOCUMENT_TOKEN_TO_BE_REPLACED 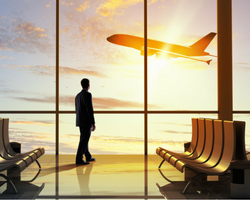 Duty of Care is a key responsibility of any organisation, and the importance is growing, with governments around the globe implementing legislation to ensure staff are kept safe, and of course the increased risks of incidents. Terrorist attacks are occurring more often, and political instability is rife in many emerging markets that are a focus for many businesses, however it is more likely that a traveller will be a victim of petty crime such as being robbed or be involved in a car or transportation accident than the victim of a terrorist attack.

END_OF_DOCUMENT_TOKEN_TO_BE_REPLACED

The Global Business Travel Association projected a 3.5 percent increase in 2017 on corporate travel spend, indicating that staff will continue to take on overseas assignments or travel abroad for short business trips, and with governments around the globe implementing legislation to ensure that workers outside of the office are protected, organisations require a cost effective and easily deployable solution to manage employee travel risks, from tracking and emergency alarms, to full incident response and management.

END_OF_DOCUMENT_TOKEN_TO_BE_REPLACED

Working alone, outside of the traditional office is commonplace, and an estimated 49 million staff around the globe fit into this category (Berg Insight Report 2013). Employers owe all staff a duty of care, and as such they need to consider the risks to lone worker's safety in what often has the potential to become a hostile environment, leaving them vulnerable to violence, abuse, accident or injury.