Security In a Rail Environment

In a world of growing population, new fast growing and emerging economies developing modern safe and secure means of transporting people and goods has never been more vital to continuing to bring economic and social benefits to societies across the globe. 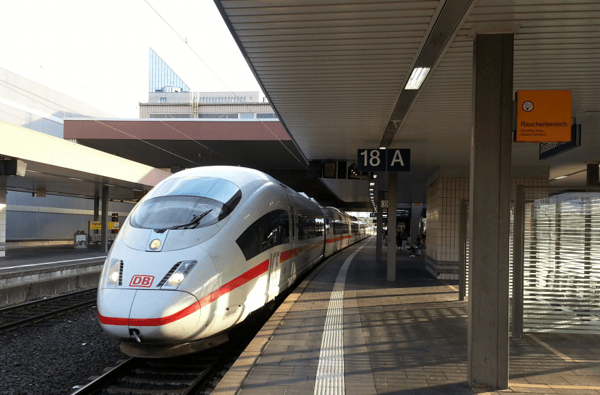 Add to that demand a need to minimise the environmental impact on our planet makes the case for not just enhancing what we have but building new, faster rail networks that have greater capacity and reliability than ever before.

Projects will be developed to meet specific needs but broadly fall into three distinct types:

Urban/Metropolitan – generally light rail type systems (although not exclusively) with high frequency and high capacity moving people within and to a conurbation from surrounding areas. This systems generally provide links to business and commercial districts, tourist attractions, areas of leisure and entertainment and hubs such as airports or road services.

Inter-city – Normally high speed passenger services connecting regions and major towns and cities providing an alternative to domestic air travel and the road network. Trains have high capacity, often with a premium service as well as a standard travel offer

Freight – Generally either container based, or bulk such as minerals that move traffic between ports and urban areas or, production points (such as mines) or processing plants.

Sadly, rail networks can also provide an attractive target for both criminals and more seriously still, terrorism. New systems are often a symbol of a forward thinking city or state showcasing a vibrant and modern economy. They link key sites within an area that may be iconic, they will almost certainly be locations that attract large numbers of people at fairly predictable times of the day and week.

Providing an effective security regime in these three types of rail operation applies the majority of principles that would be found in any good security management system in any sector, however the rail environment provides some different challenges to those that apply to a static installation or development and in addition there are some differences between the nature of the transit system itself that requires a different approach to conventional location based assignments.

Firstly, modern rail systems are required to meet exacting safety standards and regulation that satisfy national and international standards. This means there is an immediate cross-over with a number of activities that could also be defined as a ‘security’ function. Therefore developing a security strategy and the processes and technology that support it must not only be compliant with the ‘Safety Case’ but support it too. Done correctly it can mean that these two functions become ‘two sides of the same coin’ Technology and communication systems developed to regulate trains, allow operational staff to communicate with each other or view assets to ensure they are operating correctly can (if the operational requirements are clearly defined) include security needs as well.

Aspects of safety management around checking and auditing of assets can contribute to the creation of a more secure environment providing those responsible for such activity understand the security ‘cross-overs’ and have the necessary ‘security awareness’ and a process whereby security issues can be reported and addressed.

This does not negate the need for ‘security speciifc’ assets, both hardware and human, but it ensures the integration between safety and security is integrated from the start and is ‘hardwired’ into the organisational culture. Where the ‘two coins’ are distinct and develop separately they can be perceived as ‘competing’ for resources. In such cases costs will almost certainly be higher and the outcomes sub-optimal.

Secondly, security incidents or perturbations to the operational running of a rail system can be far more complex to manage as there is the potential for secondary incidents to occur as a result of any initial incident. A failure to understand the dynamics of incident management in this operating environment can lead to these secondary incidents becoming significant and requiring the diversion of resources and potentially reducing the effectiveness of the response.

In general terms, an incident at a fixed location such as a large shopping mall, or sports stadium can be managed within a relatively small footprint beyond the boundary of the venue itself. If the need is to contain people within the building from an external threat this can be achieved with relative ease. If the need is to evacuate, this will follow a well thought out and rehearsed plan and the dispersal can be managed in a manner best suited to the nature of the threat. In the wider environment, once clear, evacuees will generally be left to their own devices as to where they go and what they do.

In the rail environment the situation is more complicated. At any given time if trains are moving around the system then simply stopping the system could leave thousands of people trapped on trains between stations. Depending on the circumstances this could create problems of public safety or health if the cessation of services is prolonged. In extremis, evacuating people from trains outside of stations may be a possibility but is risky, requires sufficient support of rail staff and could be required at multiple points along the line of route. There is a further problem in that this course of action will delay the ability of the operator to restart any form of service leading to potential crowd build up at already busy stations or the areas surrounding them. In the case of a terrorist threat this could cause the creation of further targets for attack. Perhaps less serious, but still of concern could be outbreaks of disorder among frustrated people attempting to use the system.

Conversely, keeping the system running could also be a risk, if every few minutes several hundred people are being ‘emptied’ into an area where the emergency services are attempting to manage or contain an incident.

None of these issues are of themselves insurmountable but they do add to the complexity of running and managing a security response in a rail environment and why having a capability that is closely aligned to the safety and operational command of the network will always enhance the quality of the response and the awareness of the potential risks that will not be visible to those at the locus of an incident.

The third issue is in respect of partnership and community engagement. Again this presents different challenges from the static venue scenario where it is fairly straightforward to set up the necessary links and agree plans to deal with ‘out of the ordinary’ events and threats. In the railway environment, the interfaces along the line of route can be many and varied. Stations that form part of airport terminals, exhibition centres, large shopping malls are just some examples where the need for a seamless approach to addressing security issues, responding to incidents, demarcation lines in terms of responsibility are just some of the issues where clarity and clear lines of communication are essential. This of course includes not just face to face communication, but fast time radio/telephone communication, joint plans (where appropriate) access to CCTV images, crowd management and the less ‘critical’ but nonetheless important tasks that carry risk to security if not managed effectively and without gaps. Another key factor from the rail perspective is that it is quite possible that at any given time several events could be occurring concurrently that impact on the transport system.  For example, a busy shopping mall, a sporting event and an exhibition will be significant individual security events, dealing with all three with people moving rapidly in high volumes between them adds to the challenge.

As well as these interfaces there has to be a positive and strong relationship with the emergency services, especially law enforcement but with all blue-light services and wherever possible joint training to build the trust and confidence between the agencies in order to enhance the combined response to incidents.

Providing the right security response to a rail network can be challenging as it is much more than simply a collection of fixed assets upon which traditional security solutions can be applied. The first step is to ensure that security solutions fit within the overall safety regime for the system and wherever there are synergies these are grasped and exploited. Secondly, there has to be a network approach, to security understanding that there are moving parts that join the fixed assets together and therefore the dynamics of managing the network are different from even very large fixed sites. Lastly, partnerships which are essential in any properly functioning security regime are more complex and require significant effort to ensure they are effective and that there is clarity over the division of responsibilities.

To read more about why security is an important 'must-have' for the rail industry, click here to read our latest white paper.