The Price For Inattention To Driver Safety Is High

In 2016, a lorry driver was jailed for 10 years in the UK, for killing a woman and three children. His vehicle ploughed into their stationary car while he was scrolling through music on his mobile phone. The victims died instantly on impact; the vehicle hit them at 50mph and they were shunted under another heavy goods vehicle, crushing the car to a third of its size.

On passing sentence, the judge Maura McGowan, said his attention had been so poor that he "might as well have had his eyes closed".

Elsewhere in Australia, a truck driver was sentenced for an accident on Sydney’s Northern Beaches in which his 22-tonne track flipped over and hit cars waiting at a busy intersection. Two police officers on their way to work were among the six injured.

In handing down the three-year sentence, Judge Deborah Payne said the driver ignored multiple signs warning of the need for low gear on the incredibly steep road. He was in the wrong gear, travelling almost double the speed limit and failed to engage the exhaust brake. She found no evidence of a mechanical fault as he claimed and said she saw no other recourse than jail time. "This case is certainly not one of momentary inattention or misjudgement," Judge Payne said.

But it is a horrific reminder of how high the stakes are when it comes to driver safety. Even without such a tragic event, there are grave consequences for failure to follow correct procedures. A few weeks before the outcome of this trial in Australia, another truck driver copped a $17,500 fine when a random inspection by the Roads and Maritime Services on a 63-tonne B-double travelling from NSW to Victoria found he’d made false or misleading work entries. Cameras confirmed that on five occasions, the driver hadn’t stopped and rested as the diary claimed, breaching fatigue laws.

Closer to home in the UAE, Dubai Police have said 40 people died in 2016 in accidents caused by motorists with poor traffic culture and lack of driving skills. In all, 198 people lost their lives in all accidents last year in Dubai, with 725 as the total for the entire UAE. Brigadier Saif Muhair Al Mazroui, Director of Dubai Traffic Police, said certain traffic rule violations caused 600 accidents last year, and caused 40 deaths.

Unfortunately, it’s easy to become complacent about or immune to the wider ramifications of bending the rules. Maybe it’s to save money or to meet a deadline. Maybe it’s even human nature: overconfidence bias makes us think we are better at something than we are. It’s why people think they can speed because they are such a great driver, but everyone else who does it is a dangerous lunatic.

Consequently, it falls on fleet managers and compliance officers to take every feasible step to create an environment which minimises the likelihood of flouting the rules. In the UAE, poor driving behaviour and failure to adhere to safety regulations can be costly. The most expensive listed traffic violation of Dh3,000 is only applicable to owners of large trucks, who do not cover their load properly.

Here are some areas to consider:

Your deadlines are tighter than your budgets, but there are some corners you simply can’t afford to cut. Making sure your targets are realistic or you take fatigue management rules into account before assigning the next job stops is important. Especially in the transport industry which relies heavily on contractors who may not speak out through fear of being viewed difficult to work with.

Addressing problematic behaviour early is obviously hugely beneficial, but how do you get the insight you need? For instance, in the case of the Northern Beaches accident, the driver had been ticketed once in his five years in the industry, for failing to give way at a roundabout, hardly a concerning record. Technology is increasingly providing opportunities for fleet managers to understand their drivers’ habits better. One recent test in Singapore explored using Artificial Intelligence with telematics data to flag the bus drivers most likely to have an accident. Thinking more in the here and now, GPS fleet management systems allows you to look at things such as speeding and harsh braking in real time instead of waiting for someone to get caught

There’s something fundamentally painful about paperwork. It’s the repetitiveness of entering the same base data time and again, combined with needing to pull information from your mind’s furthest recesses of the mind (or even calculate it yourself). Paper work diaries are no exception. While they are still a legal requirement, using them in conjunction with an Electronic Work Diary (EWD) removes some of the drudgery of collecting and calculating. Work and rest periods are calculated and recoded automatically once the driver hits the start of the job on the in-cabin device. It also means you can cut out human error or other inaccuracies due to less honourable motives.

Sometimes drivers are hesitant to use processes that improve safety because they either don’t understand how to use them or fear it’s weapon to punish them for a misstep. By taking them on your safety journey with support and education, it’s easier to get everyone working towards the right outcomes.

Both the company and the drivers suffer if safety is not prioritised, and as such must adopt an ‘in it together' approach. Both have a role to play; Fleet and Operations Managers have a duty of care to ensure that the drivers and trucks sent out onto our roads comply with safety regulations, and in turn, drivers should exhibit good behaviour on the road and adhere to the rules. With the UAE keen to reduce road traffic accidents and deaths over the next decade, we all need to work towards creating a safe driving environment.

If you would like to talk to me about solutions Restrata can provide to support your business, please feel free to contact me direcly, or alternatively, download our guide to driver safety and business compliance: 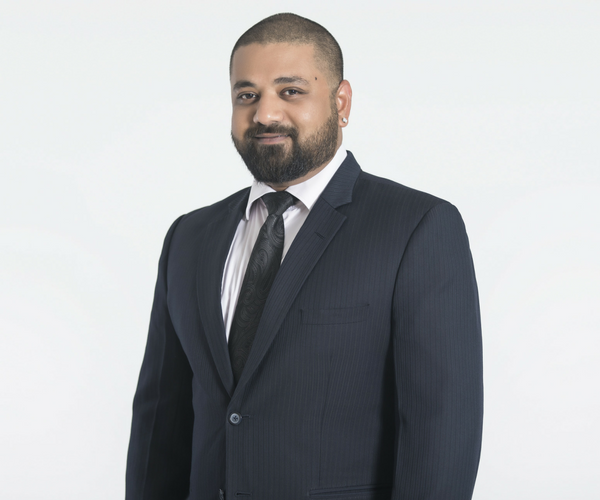